From Ica to Lima

After Nazca I was not sure if stopping in Gringo oasis of Huacachina is worth the trouble. I did and retrospectively I must admit skipping this would be a huge mistake.

Huacachina is only 5min taxi from Ica downtown. But worlds apart. I arrived at 2pm to hostel Desert Nights, booked a desert tour for 4pm. Then we went out with the most funny sand buggy I have ever seen. Probably the first one actually. First we had some Gringo fun riding through the dunes, going up, almost jumping down…

Then we did some sandboarding. After the Nicaraguan sandboarding experience I opted for real snowboard with real snowboard boots. It makes a huge difference, this time I was actually able to make turns. At the first dune I decided to ride twice, which meant going up on foot. Never ever have I made the same mistake afterwards, the buggy picked us up down and took us to another dune´s top several times. 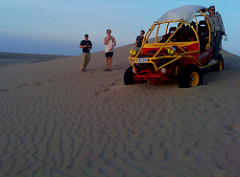 At first I wondered why the people who were descending lying on the board were faster. Then I saw the guide applying candle wax on their boards. Finally after a few probing rides, the guide have us standing boarders the candles too. It made the ride much faster.

Falling down hurts. Much more that snowboard. I could not sit for 2 days after the fall at the end of this video:

After the sandboarding, we waited for desert sunset and went back to meet with all the other groups just above the oasis. 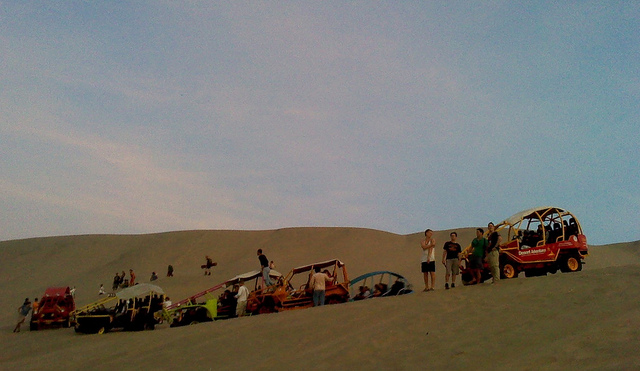 The next morning, directly from Huacachina I went to Islas Ballestas. It was on the way towards Lima and I have not seen the sea for several months. This was however very different sea experience the in Central America before. It was cold, rainy and windy. But we went on a boat to see penguins, sea lions, birds, jelly fish, sea stars… 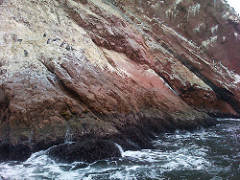 A group of English girls were sitting in front and a group of American girls in the back. From the back one could hear never ending shouts of “That´s awesome”. From the front occasional doubt like “And why exactly are sea stars considered amazing?”. 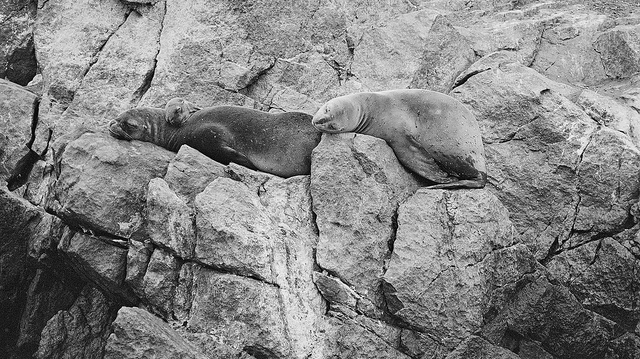 Then a few hours on the bus while discussing Israel-Palestinian conflict with an Israeli ex-soldier and I was in Lima ready for Friday party at all-made-of-pisco-coctail-bar. I did not spent too much time in Lima, but it seems like a nice place for living: it has surf, paragliding, nightlife, culture and pleasant Lima clima.