When the boat got to Panama, my trip looped. Coming to Panama City after 11 months felt a bit like coming home already. It has not changed much. The skyscraper that had only the concrete structure last time was almost finished with shiny glass. My favorite, and also only one, photography shop that still did film development stopped developing films because “the machine broke down a few months ago”. There are less Red Devils, more aircon buses. The old town is being reconstructed, so it is hard to get around there. The hostel has one more dorm.

I got lost on the way to the photo shop. Something I thought was impossible in a city I know on a way to a place I had been to already. After half an hour walk I was almost where I started and I was really surprised. Then I picked the right road and followed the way I knew. I was thinking this is the place where I had been caught in a tropical rain for the first time. And over there is the bus stop where I took cover. And at this exact moment a tropical rain came again. I ran to the same bus stop. The roof is still not repaired… Some things do not change.

For the weekend we went to Isla Taboga. This island is only about 20km, or 1 hour boat ride away from Panama City. This distance is just far enough that sometimes Panama is not visible, other times it is. At night I could see from our hotel the big advertisement screen near the city hostel. On the boat ride and also on the island one can see all the ships waiting for the Canal. Waiting for days.

Then I almost missed the plane to Europe. Started late, missed the airport bus stop. But made it in the end. Adios America Latina.

In order not to have a big cultural shock I stopped in Spain for some time. One night in Madrid to get over jet-lag. Unfortunately all people I know in Madrid had left for vacation. But that is to be expected in August.

Next stop Bilbao or more precisely Plentzia in Euskal Herria, where I visited and stayed with my friends Asier and Casey. 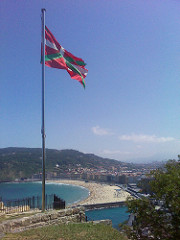 We went to caves in El Soplao for adventure tour. This included fancy clothing and 2 hours of walking inside the caves. The caves are remarkable especially for asymmetric formations. Nobody is really sure how such formations are formed.

I also went to Donostia where happened to be Clasica Ciclista San Sebastian 2012. I waited 75m before the finish line. The fist guy was so fast, that at 100m he stopped pedaling and just enjoyed the finish. I’m out of focus in the crowd near number 75 at this photo.

I also made some bike trips on my own. In Asier’s old Peugeot bike. First trip was to get over a hangover. The second trip I went to see the nearby nuclear power plant that was almost finished but never started production as ETA killed some people involved in the project. So today there is this torso of power plant at the beach. 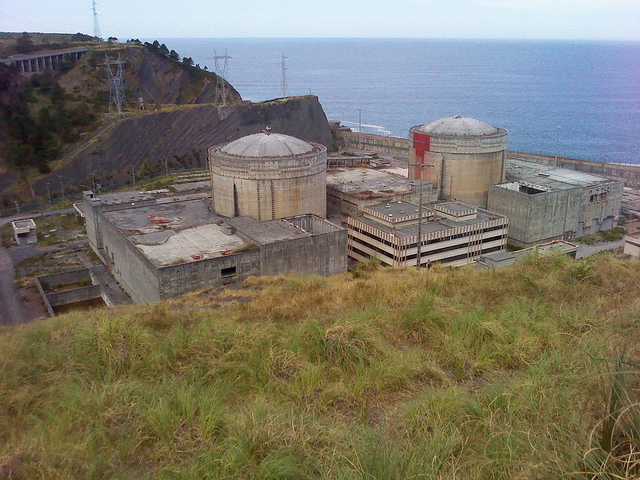