The Business of Machupichu

After visiting the least visited UNESCO site in Argentina I could not miss one of the most visited ones. The trouble is it is a BIG business which means that half of the options were booked out when I arrived to Cusco and that all the options are quite expensive. If anybody manages to see Machupichu under 100 USD, I’d consider him travel hacker (I met one so far). 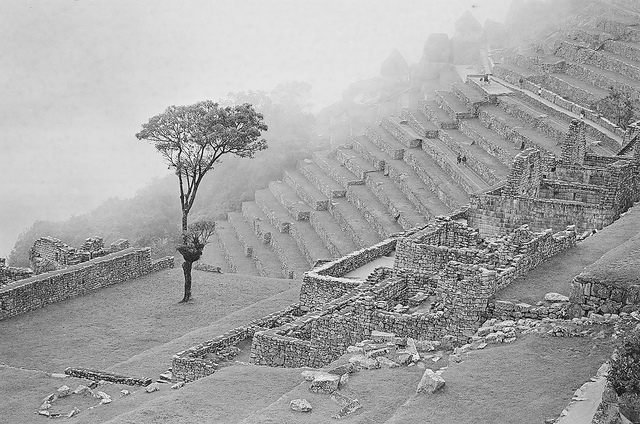 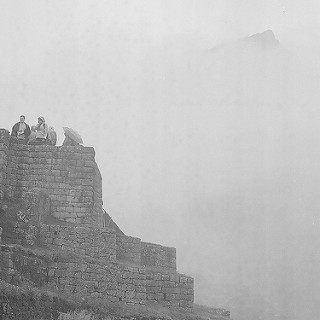 There are several options how to see Machu 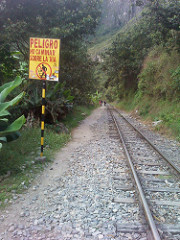 So I went with the bus, should be 5 hours ride and then 1 hour walk. It was 2 hours trying hard to depart (due to the tour agency incompetency), 7 hours drive (partly due to vomiting passengers) and almost 2 hours walk (due to getting lost, not having a guide and later due to dark). But the walk was actually very nice. We walked on railway tracks. When the night came, there were many lightning beetles t accompany us. Nobody was run over by the train.

Then there are two options how to get to up to Machu. Half an hour bus or 90 minutes walk. The suggested time for walk is 4:30 am, for the bus it is 5:30am. I set up an alarm clock for 4, thinking I would walk. But it was raining hard outside so I went back to bed for another hour. 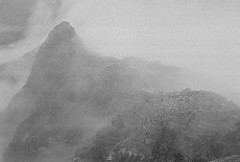 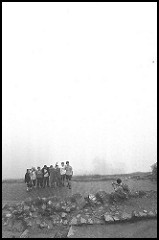 There is a surprising amount of buses in Aguas Calientes for it being a town without road access to the rest of the world. And there are even more tourists waiting for the buses. At 6:20 am I was inside Machupichu. I could not see a thing.

Then the fog slowly started to lift up. Wow. I quickly got rid of the last few Velvia shots and loaded XP2 (which they later ruined a bit in the lab). I think the fog actually goes pretty well with this place. And the rain too. Only stupid tourists were complaining about the fog ruining their pictures :) 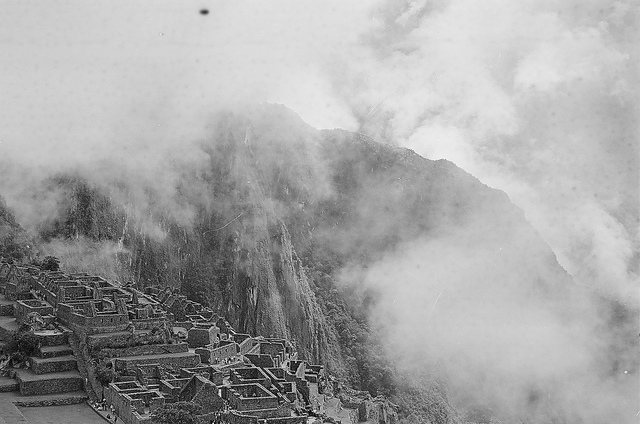 I spent almost 6 hours there. During that time it actually got very hot. I walked down to catch the train. At the trains station they told me I am there at the right time, but at a wrong train station. So I had to almost run to Aguas Calientes to catch the train. Then 2 hours waiting for bus and 5 hours bus to Cusco. 2 hectic days, 6 cool hours at Machu and totally worth it.